It’s Sunday afternoon in the city of London and it’s trying to rain. I never come to the city as I have a fear of shiny suits but it’s my birthday tomorrow and my boyfriend is treating me to a night at The Ned to celebrate.

The Ned is a joint venture between Nick Jones and Andrew Zobler (of Soho House and NoMad, respectively) and if you believe the hype, it’s the hottest place in London right now. Set in the former Midland Bank headquarters right outside Bank tube station, this new hotel and members’ club is named after Sir Edwin ‘Ned’ Lutyens, who, during the early 1920s, designed its exterior and fine banking halls. Once home to the largest bank in the world, this stunning grade one listed building has been restored and updated and the interior has been given a 1920s makeover to match its neoclassical architecture.

As I walk through the main doors, I feel as though I have just walked inside Gatsby’s playhouse. Original 1920s features – such as the black and white chequered floor and emerald stone pillars – are carefully woven with heirloom pieces and authentic 1920s decor. Vases of massive pampas grass greet you while elegant chandeliers hang from the grand, high ceiling above.

The Ned is no ordinary hotel; it’s the hotel that Carlsberg would do if Carlsberg did hotels. There are 232 bespoke guest rooms, a smorgasbord of restaurants, a barbers, salon, spa, rooftop pool and a nightclub. It’s different to the other Soho House & Co hotels in that normal folk like you and I can pop in and have a drink or a bite to eat (there are areas which are for members only, though).

Check-in is a painless affair; a cheery receptionist hands me some key cards and points to the lift. My home for the night is a medium room on the sixth floor. Split in two by a wall and open doorway, the first half has two large armchairs, a marble top table, an arc lamp and a fully-stocked mini bar accompanied by a collection of crystal glasses and a beautiful china tea set. The second half has a large, well-pillowed bed, bedside tables and the biggest television I have ever seen. Hair straighteners, a Roberts radio, fluffy robes and slippers all make it feel like a home rather than a guest room. French windows lead to a balcony overlooking the city and the en-suite bathroom is pristine and kitted out in full-sized Cow Shed products. And no, according to the information booklet, you can’t take them home. Not unless you want to pay £20+ per bottle. 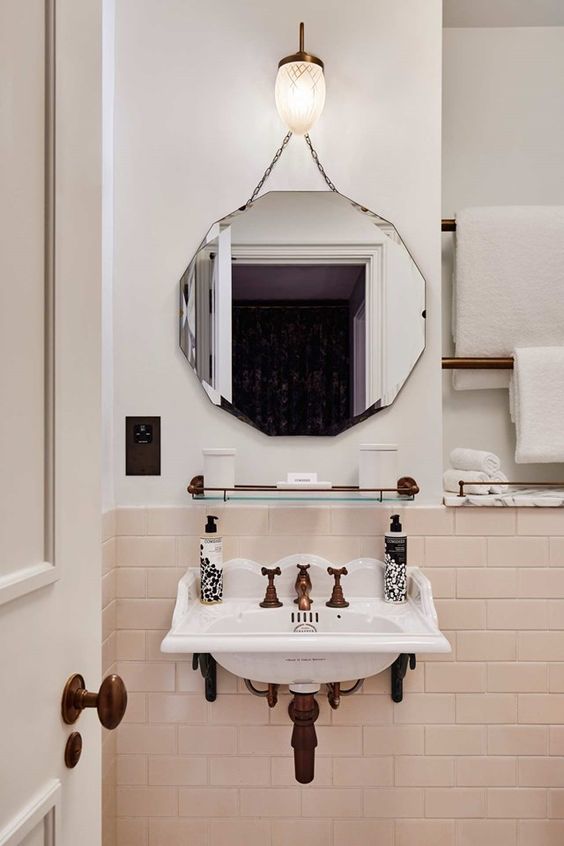 After inspecting my room (drinking a glass of red wine in the armchair), my boyfriend arrives and we head downstairs.

Sitting at the bar at Cecconi’s is like being in a film. A lady sings to jazz on an elevated centre stage behind us, our attentive barman shakes his cocktail shaker while beautiful, well-dressed people swan by. I order calamari fritti with lemon aioli for my starter while my boyfriend has burrata with heritage tomatoes and basil. We both order pizzettes for our main. The calamari isn’t the best I’ve ever had, but that’s because the best I have ever had was at Dishoom. The pizzette is delicious; doughy, flavoursome and covered in a layer of gooey cheese. Dessert is s’mores back in the room. They’re a bit rubbish, actually. A few broken digestives served with some marshmallows and a very sweet sauce.

The next morning I enjoy a room service breakfast of avocado and poached eggs on toast. It’s perfect. The avocado is creamy, the eggs are runny and the sourdough toast has just the right amount of crunch. I spend about a million hours in the shower dousing my body in shower gels, scrubs and oils before appearing in a fragrant puff of floral loveliness ready for my lunch at Zobler’s downstairs.

Zobler’s is a New York-inspired delicatessen selling easy food in a relaxed environment. We opt for a medley of dishes from the varied menu. The matzo ball soup gets the thumbs-up from my boyfriend but it tastes like warm, salty water to me. The 37 Essex St hot dogs are tasty and plentiful and the Reuben sandwich is outrageously good. My favourite dish has to be the latkes, two plump disks of deep-fried grated potato served with sour cream and apple sauce.

Even though it’s raining, we have a nose around the rooftop. Glorious floral cushioned day beds lie juxtaposed against a backdrop of heavy grey clouds, a postcard of a British summer. There’s a heated lounge pool and plenty of seats to lap up the rainy skyline view. Finishing our speedy grand tour, we take a peek at the nightclub on the ground floor. The world’s most Instagrammed door (that bank vault door which features in James Bond’s Goldfinger) leads the way to a trendy bar that only members and hotel guests can enter.

We finish our stay at The Ned with a few drinks at The Nickel Bar. Creatives tap away on their Apple Macs, businessmen lunch in their shiny suits and a woman wearing a cap and sunglasses sits in the corner silently screaming ‘look at me’ while a guy on the phone stands next to us shouting really loudly, Trigger Happy-style:

Aren’t we all, darling?