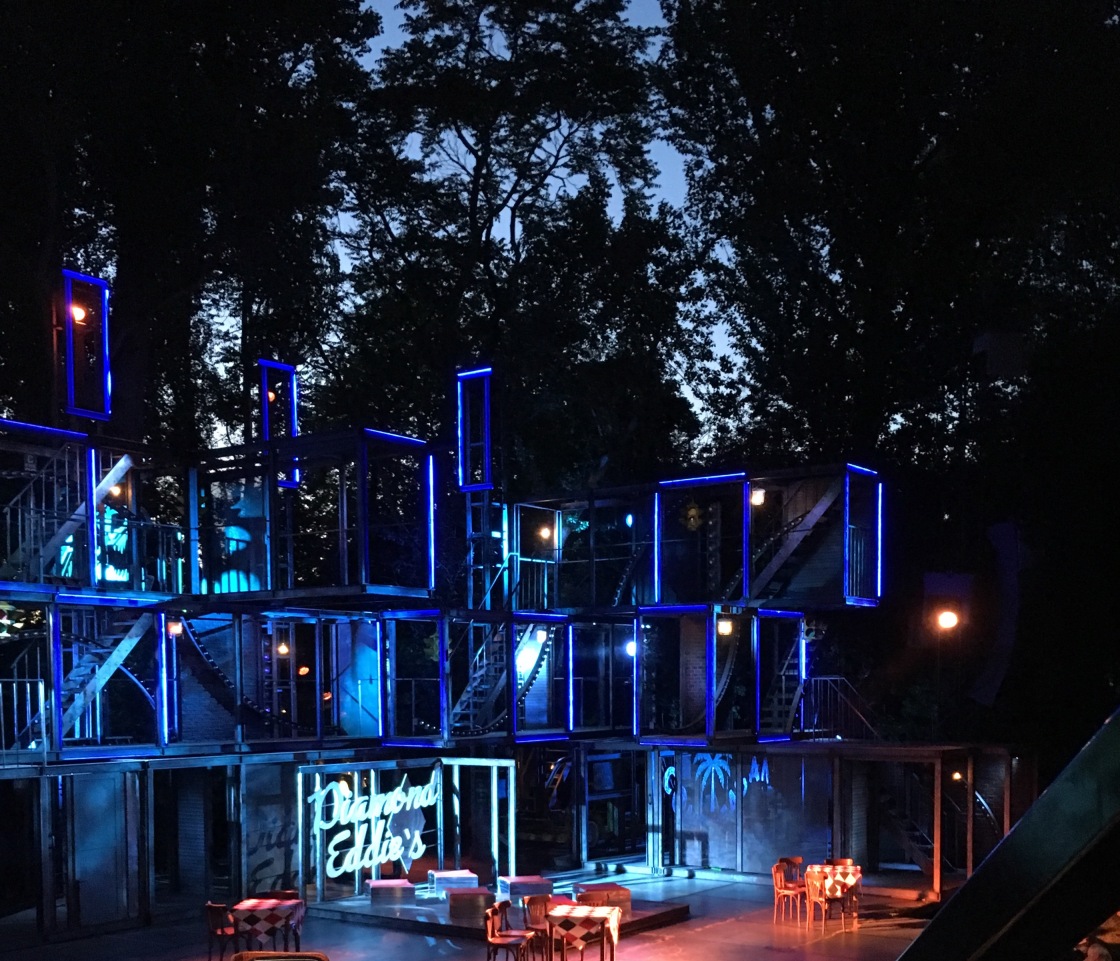 Last week, something wonderful happened to London. Sunshine! Five days of glorious sunshine. So I did what any other self-respecting Londoner would do; I got out my luminous white legs and headed to the park. Regent’s Park Open Air Theatre to be exact.

If you’ve never been to Regent’s Park Open Air Theatre, you should probably go. It’s one of the largest theatres in London yet careful positioning of its 1,256 seats makes it feels incredibly intimate thanks. There’s a large stage framed by beautiful, gigantic trees; some outdoor space for a pre-theatre picnic and a pretty good selection of food and drink which you can pre-order.

Fast, energetic and colourful, On The Town mixes humour with romance against a backdrop of 1940s New York. Mac’s routines were impeccable, Sienna Kelly lit up the stage and Lizzy Connolly’s voice was captivating. On The Town gets the thumbs-up from me – just don’t forget your waterproof jacket as the auditorium is completely uncovered and we all know how unpredictable British weather can be…