I never thought I’d say this but I’m getting bored of leopard print.

It’s true. I have been a loyal leopard print lover for a long time. When I was 17, I wore a leopard print top to Berties Nightclub in an attempt to look older. It worked – I got in. Since then, I’ve worn ballet pumps, scarves, leggings and coats adorned in the fabulously brash print.

In the jungle, a leopard’s coat helps it to blend into its surroundings for survival but in the city, it helps you to disassociate yourself with the sea of suits. It brightens up a dreary day and injects kitsch glamour into an otherwise quiet outfit. But what was once a statement print has become over-saturated and is now as common as a top knot in Shoreditch.

Last winter I added another Topshop leopard print coat to my collection. This one was a darker shade than my others and was a far more sophisticated affair. Every time I wore it I saw at least five other people wearing it. I even found myself standing next to two women wearing it on the tube. Nightmare.

Now, I don’t want to be the only leopard in the city. I do, however, want to retain a certain amount of individuality. So for that reason, I am having a break from leopard print. I am not giving up on it; I’m just pressing pause. Thankfully, there are oodles of brilliant prints around to fill the gap. There’s tropical, stripes and of course gingham.

Gingham has been around for ages. Since the 17th century, I do believe. It wasn’t taken seriously until Brigitte Bardot made her wedding dress out of it. It was pink! Since then, it has enjoyed various moments of fame, creeping into the limelight before quietly disappearing again. We’ve seen the classic gingham capri pants (thank you, Mazza), the mods in their gingham Fred Perry shirts and many a chequered top. 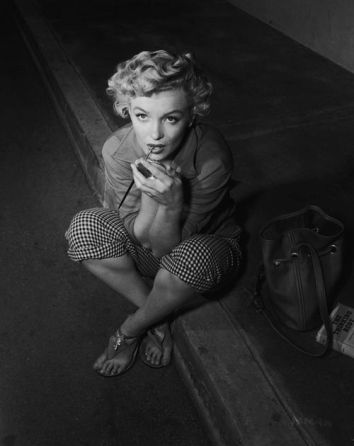 Today’s gingham is edgier and sexier than before. In his SS17 collection, Peter Pilotto mixed asymmetrical two-tone gingham tops with busy culottes while Wanda Nylon opted for oversized suits and matching tiny bralettes. The high street has gone for a safer approach with bare shoulders, high waists and ruffles aplenty. 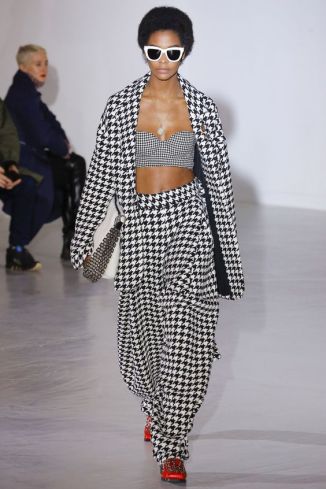 My favourite gingham piece has to be this midi skirt from Marks and Spencer. Has anyone else noticed that M&S has seriously upped its game? I popped in the other day and fell in love with two skirts, a dress and two tops. Anyway, this skirt is super classy. It’s slim fitting, high-waisted and has cute ruffles. It comes in two lengths which is obviously great news for long-legged ladies and it will go with so many things in my wardrobe. Win. 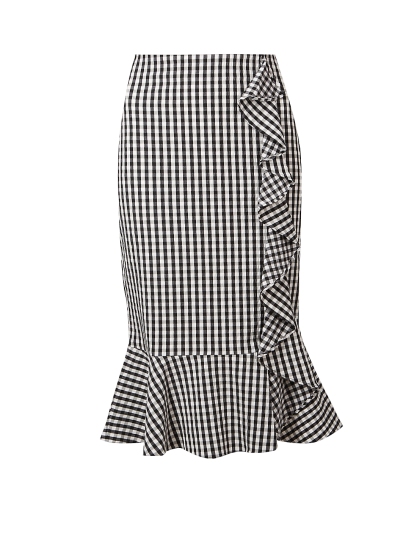 These high-waisted trousers from Topshop scream Marilyn Monroe. Just look at them! I’m going to wear them with a black fitted top, a pointed bra, some peep toes, bright red lips and a wiggle. And when I’m not sashaying around London with delusions of grandeur, I’ll be wearing them with a t-shirt and white Supergas.

My final gingham garment of lust is this top from Miss Selfridge. It’s pretty and just so easy. It’s loose enough to feel comfortable on bloated-tummy days and the ruffled sleeves make you want to shake your shoulders. Great tucked into denim shorts for the park or worn with skinny jeans and heels in the evening. Oh, and it’s only £25! Tick, tick, tick.